The time has finally come! After 10-years, former Prodigy andPitchshifter guitarist Jim Davies is stepping back into the ring with an electrifying new album that’ll knock your damn socks off. Entitled HEADWARS, the long-awaited 12-track album is the result of years of experience, a phenomenal record that features guest appearances from vocalists Milly Rodda, Abbie Aisleen (Davies’ wife), along with renowned electronic artist Tut Tut Child and Davies’ former Pitchshifter band mates Mark Clayden and Jason Bowld. Darkly eclectic and catchy as hell, it takes in everything from trip hop and electronica to punk rock and easily ranks as Davies’ best work to date.

The official singles “Ticking Timebomb” and “Trigger Finger” feat.Tut Tut Child are now available to license on Extreme and are streaming on all platforms. Both singles are accompanied by hard-hitting animated music videos. Watch them on our YouTube channel! 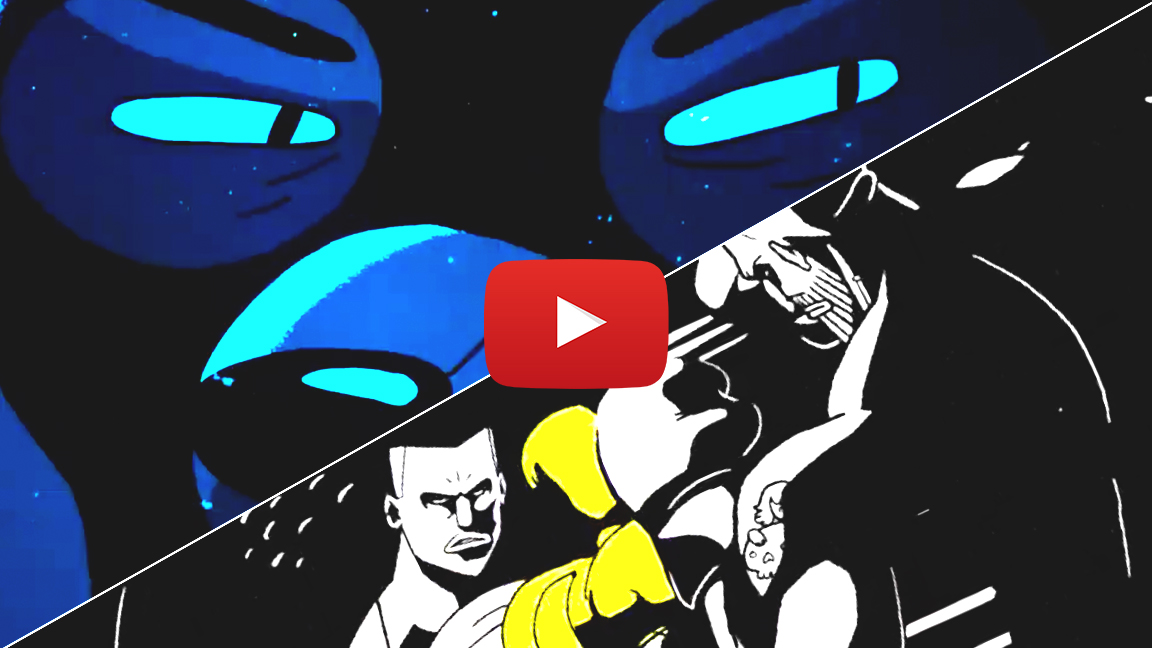 Jim’s story is a true roller coaster ride that’s taken him around the world to some of the biggest stages on earth. But it begins, like many such stories, with a 16-year-old kid learning to play guitar in his bedroom, his influences being Jimi Hendrix, Steve Vai, Dimebag Darrell, and Joe Satriani.

In 1995 At just 18, Davies put together a demo tape which he gave to Liam Howlett of The Prodigy after they performed at his University. A few weeks later Howlett called and invited him to play in Paris with them at their next show. He would continue to tour with The Prodigy and supply the guitar for their hit album The Fat of the Land, including the tracks “Firestarter,” “Breathe”‘ and “Fuel My Fire.”

Around 1997 he met Pitchshifter, another of his favorite bands, and was given a demo of some new tracks for their forthcoming www.pitchshifter.com album. In the now familiar style, he jammed over the top of the songs and sent the demo back, subsequently being invited to record guest guitars in the studio. By the time the record was released Davies was invited to join the band.

“…I was a big fan of the band [Pitchshifter] before I joined!” says Davies. “They really understood electronic music at a time when a lot of bands were trying to jump on the bandwagon by putting a shit loop at the start, middle and end of their tunes and calling themselves ‘electro-rock’! They were really the only band I was interested in being in after my first stint with The Prodigy.”

The result was Pitchshifter’s biggest selling album to date, laden with Davies’ trademark sound, followed in 2000 by the Deviant album, which charted in the UK top 40, and then 2002’s PSI on both of which Davies co-wrote every track.

Flash forward and you’ll find Jim applying his decades of experience to craft music with intent and introspection. “A lot of the album [HEADWARS] is pretty dark,” says Davies. “Lyrically a lot of the album is about dealing with that black cloud of regrets hanging over your head! I called the album HEADWARS as it felt pretty apt!”

Stay tuned for more updates on the album HEADWARS by Jim Davies coming April 10th to all streaming platforms. For now, enjoy the music videos, stream the new singles, and license on Extreme!