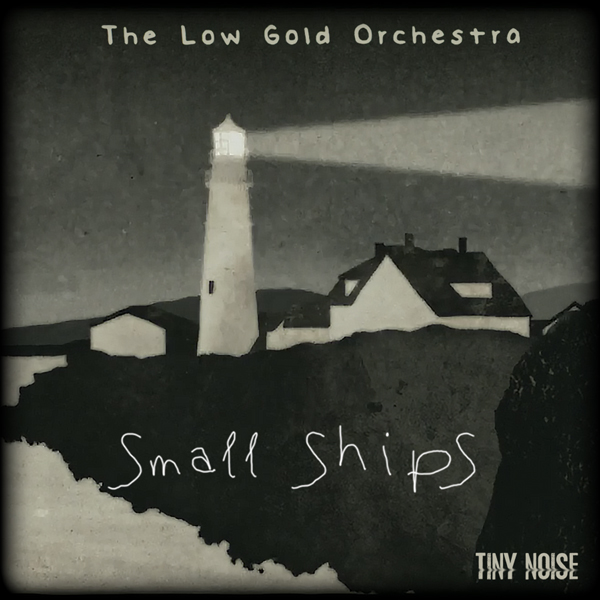 Meet Matteo “Tay” Scumaci and his musically gifted muse Johnny Woolen, the inspiration behind Extreme’s latest label Tiny Noise. Tay has turned the expression “One man’s trash is another man’s treasure” into a musical mission of sorts. He searches high and low from garage sales to Goodwills for instruments with lost purpose and fulfills them once more. No instrument has sung its last song as long as Tay, or should we say… Johnny Woollen is around…

Q: What is “The Low Gold Orchestra?”
A: Music, recorded from the perspective of a 16-year-old schoolboy called Johnny Woollen.

Q: Who is Johnny Woollen?
A: He’s a mythical character, an alter ego. A boy who wants to make cinematic music but doesn’t own much. When you hear an LGO record, all decisions are filtered through his eyes.

Q: So he’s a muse of some sort?
A: Yes. He’s told by teachers the only way he’s going to realize his orchestral dream is to either hire the London Symphony Orchestra or use sample patches. He doesn’t accept this. He wants real instruments. His solution is to crate-dig through charity shops and thrift stores for unloved instruments and objects he uses to create his own “bedroom orchestra.” He has a friend that helps.

Q: So do you actually go out and do this?
A: For real. all the sounds on the records come from whatever we can find. Cassette machines, Antique flutes, coach horns, broken violins, dusty pump organs with half the reeds missing. Things with character. Sometimes just everyday objects. The philosophy runs deep.

Q: Why “The Low Gold Orchestra?”
A: Low Gold is Nordic. It means “hidden worth.”

Q: Are you a multi-instrumentalist? How Can you play everything you find?
A: No. In fact, I can barely play anything I find.

Q: Why not hire some players in?
A: Because Johnny can’t just do that. Limitations and struggle are important in music. Not options. You can’t always hear that with slick players and professionals. What Johnny lacks in ability, he makes up for with rough edges and heart. He’d rather spend four hours getting a few notes out of an unfamiliar instrument than defaulting to someone else’s samples.

Q: You use a lot of Cassette tape, would you say The Low Gold Orchestra is Lofi?
A: No, not at all. Johnny Woollen doesn’t know he’s not John Williams. It’s the opposite. He’s trying to make the most beautiful orchestral music he can. It’s just that he’s forced into a situation where he has to use whatever is available to him. Anyway, he would argue he uses cassette to make it sound better, not worse!

Q: How have you found composing and recording with such restrictions?
A: An absolute ballache.
Q: Haha, but seriously…?

A: It’s actually a transformative experience. I would say this. When I find an instrument, whether broken or functioning, I look at it in a different way. They’re not disposable to me. If the only thing you have is a toy drum, and you have no other options – I promise you will find 15 ways to play it. Finding beauty in something is about spending time with it, or even, to be stuck with it. When things aren’t working because, for example, you’re unable to blow into a brass instrument properly, that isn’t the time to put it down. That’s when it starts to gets interesting…

Q: It must take ages though.
A: Yes. Did I mention ballache?