The BBC Studios production for PBS is narrated by NyambiNyambi and was filmed across the globe over the course of two years and 28 filming expeditions. From snow-capped mountains to the hot deserts, the mini-series includes many unique species of primates and captures some never-before-seen behaviors. 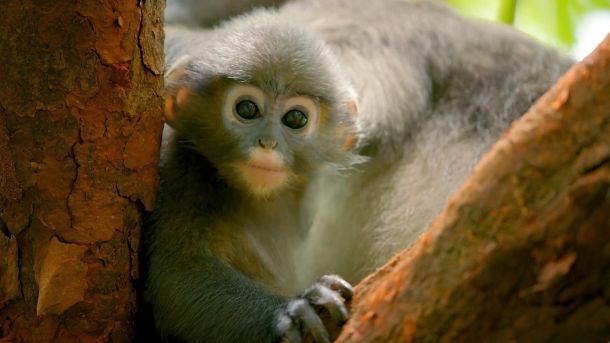 When asked about her experience working on the show, Composer Denise Santos says in an interview with Post Magazine “… Primates was my first project of its scale. Working alongside [Adam Lukas] and the rest of our team at Bleeding Fingers gave me the wings that I needed to get through it. The great thing about having a co-composer is that we each have our strengths, which helped us assign scenes that played on those strengths.”

In an interview with Vents Magazine, Composer Adam Lukas had this to say about how they approached the Emmy-winning score: “We went small when the norm for nature documentary music was to go big. We believe we succeeded in tackling the common conundrum of thinking outside the box….” Apart from his Emmy win for Primates with Denise Santos, Bleeding Fingers Music composer Adam Lukas was also nominated in the same category for his work on National Geographic’s Being the Queen.